Tomorrow we are all Irish.  So, to celebrate St. Patirck’s Day I had a look around our holdings to see how The Text Message could celebrate Eire.  As always I used our Online Public Access (OPA) system and found some expected things: Consular records in RG 84 (Records of the Foreign Service Posts of the Department of State), policy records in RG 59 (General Records of the Department of State), and records about US aid efforts in RG 469 (Records of US Foreign Assistance Agencies). 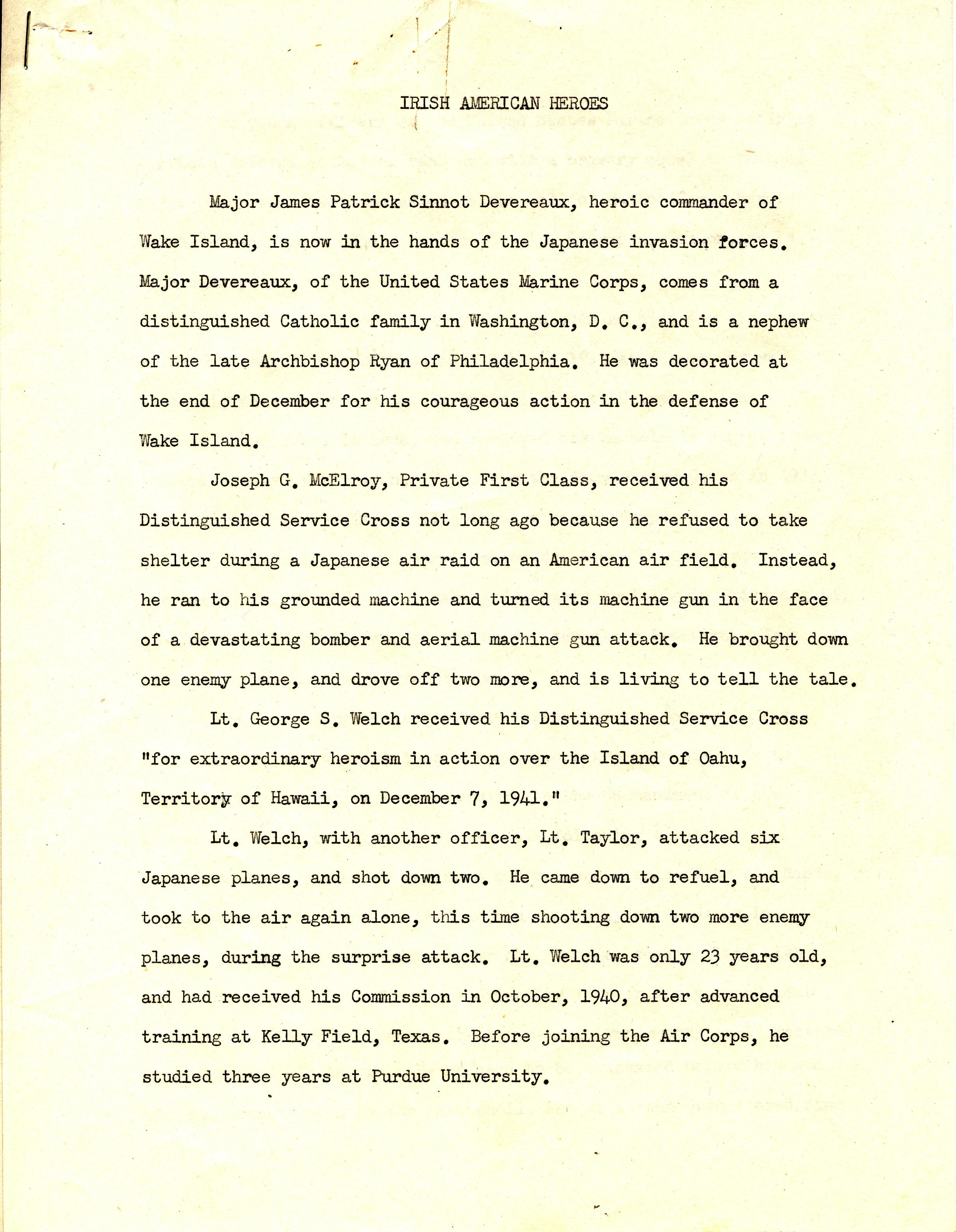 But I wanted something keeping in the spirit of the holiday and found a file unit called “Heroes: Irish American” (NAID 4727541) from the series: Subject Files, 1941 – 1942, in Record Group 208: Records of the Office of War Information. Though the folder in the box was simply titled “Heroes,” the first document inside was indeed “Irish American Heroes.”  In it were the names of notable Irish Americans fighting bravely in World War II.  A nice document for the day, but behind it I found the pot of gold (pun intended): “Memo: St. Patrick’s Day.” 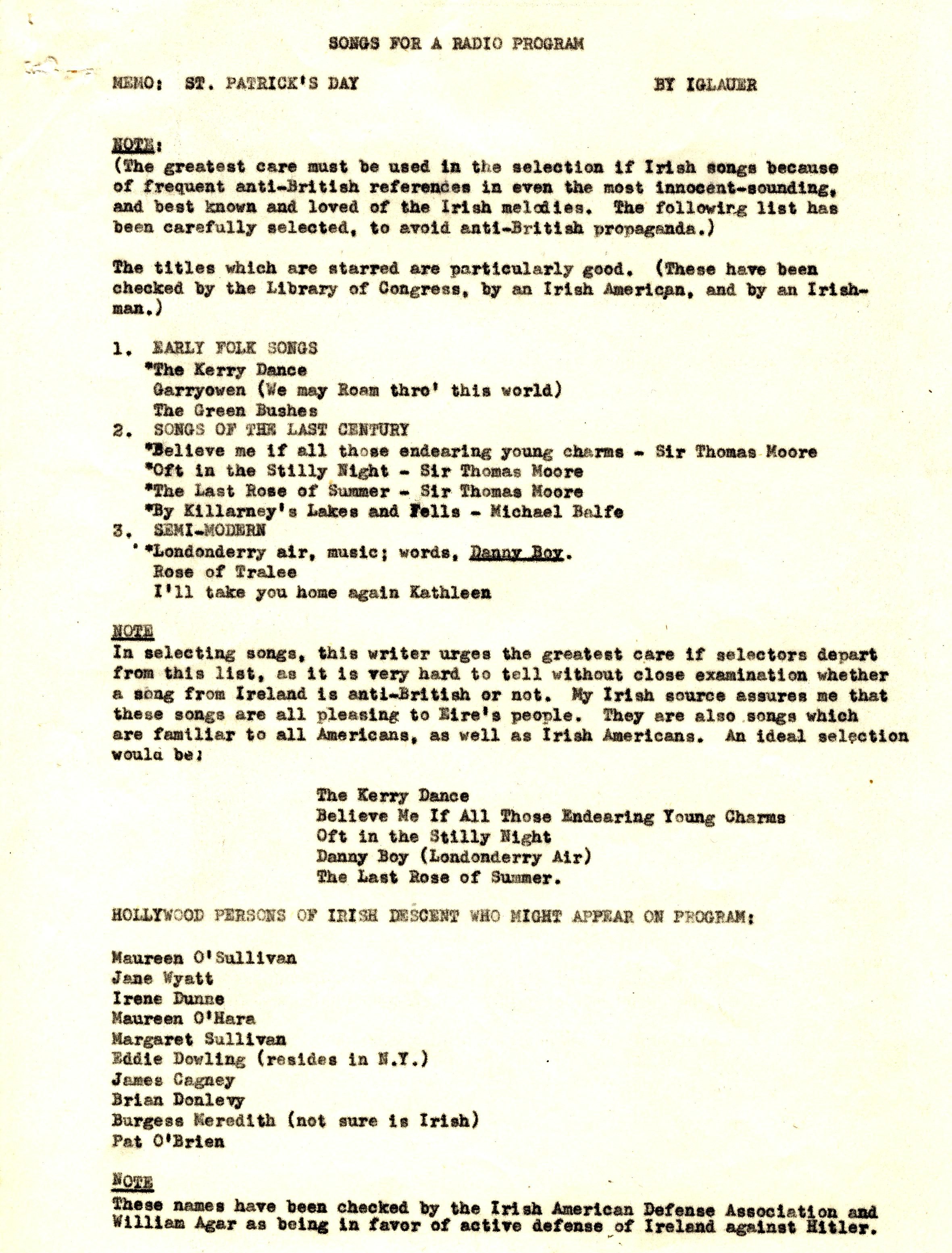 As radio programs were being planned in celebration of the holiday the memo lists songs appropriate for the occasion.  The writer is careful to note that “the greatest care must be used in selection of Irish songs because of frequent anti-British references in even the most innocent-sounding and best known…”  The memo contains a list of Irish songs not likely to offend our British allies, but warns to use  “the greatest care if selectors depart from this list, as it is very hard to tell without close examination whether a song from Ireland is anti-British or not.  My Irish sources assure me that these songs are pleasing to Eire’s people.”

It also lists possible Irish American Hollywood stars who might take part in the program, though Burgess Meridith’s heritage was unclear.

The editors of the Text Message want to wish everyone, whether Irish or Irish in spirit, a safe and happy St. Patrick’s Day.  Remember that you can find more about Ireland and the Irish in our records at Archives.gov.