To a large degree, working with the records at the National Archives is a never-ending series of fascinating encounters with the original documentation of U.S. history. The following document, a memorandum of conversation (memcon) drafted by Secretary of State John Foster Dulles in January 1954, gives an idea why (the attachment to the memcon is not imaged). 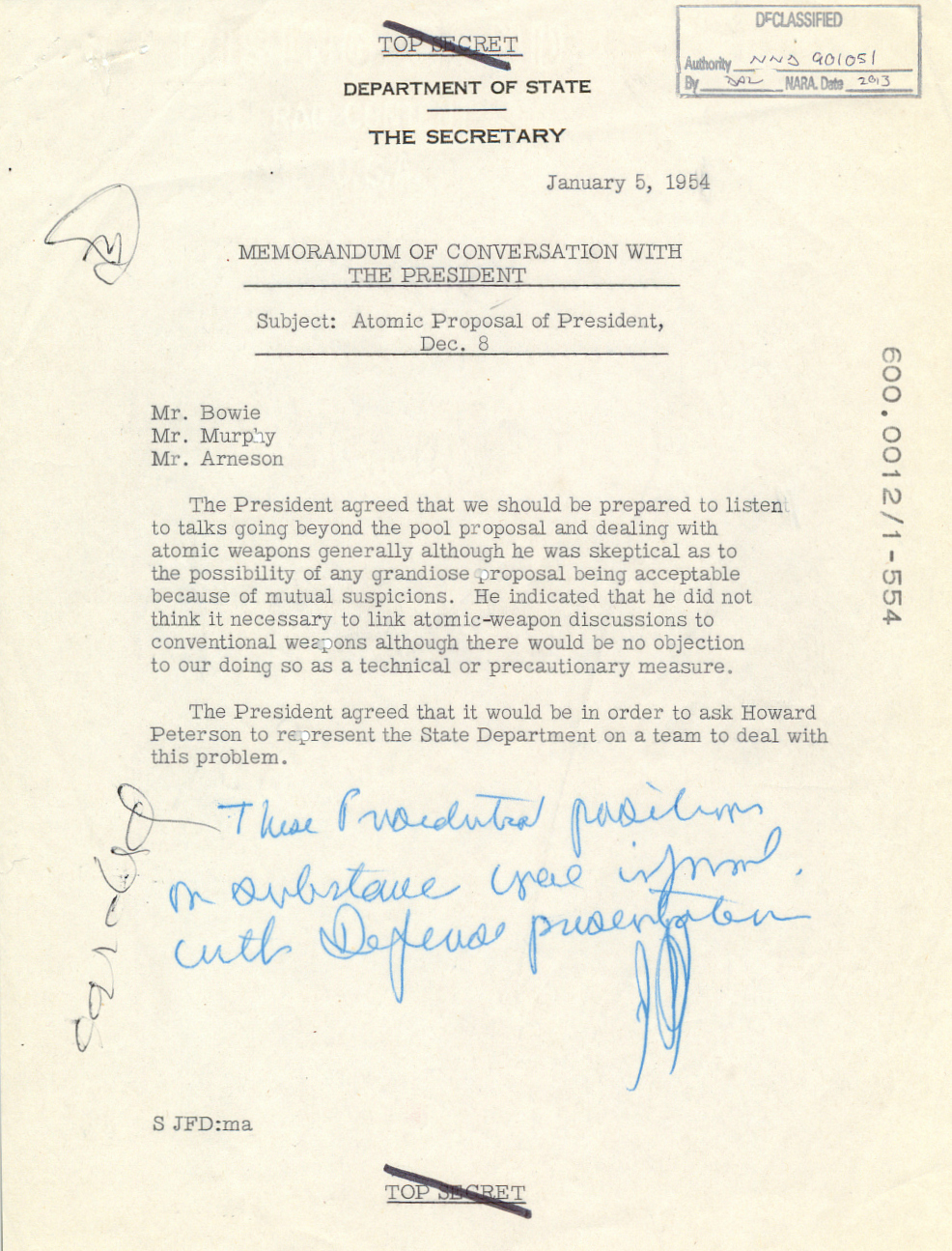 This document relates to U.S. policies and actions following President Dwight Eisenhower’s “Atoms for Peace” speech. Eisenhower gave the speech before the United Nations General Assembly on December 8, 1953, and it was followed by an active effort by American diplomats around the world to promote the peaceful uses of nuclear energy.

The document was considered important enough by the Department of State’s Office of the Historian (HO) to include in the premier documentary series Foreign Relations of the United States.

While the document can be read in the volume (double click on the image to enlarge) and on HO’s website, there is something inherently more interesting, at least to me, in seeing the original document (or a direct image thereof) with all the bureaucratic markings as well as Dulles’s initials and only partially legible handwritten annotation.