On January 17, 1893, Hawaiian Queen Liliuokalani was overthrown in a coup.  The resulting Provisional Government sent five commissioners to Washington to negotiate a treaty of annexation with the United States.  To accomplish that, they held seven meetings with Secretary of State John W. Foster.  In the Department of State, two types of records were made of those meetings: Protocols (minutes) summarizing the meetings and stenographic notes of the first, second, and fifth meetings.

Such internal documentation is rare in the pre-1906 records of the Department of State.  In this case, their preservation was largely at the suggestion of one official who had an eye towards the historical record.  Just a day after the last meeting, Second Assistant Secretary of State Alvey A. Adee sent the following note to Secretary of State Foster:

I see no objection to a

set of these Stenographic notes

being left on record.  They show

your care, caution, and

foresight and will make good

has a way of collecting the

record of such a negotiation, in

a separate volume, as a 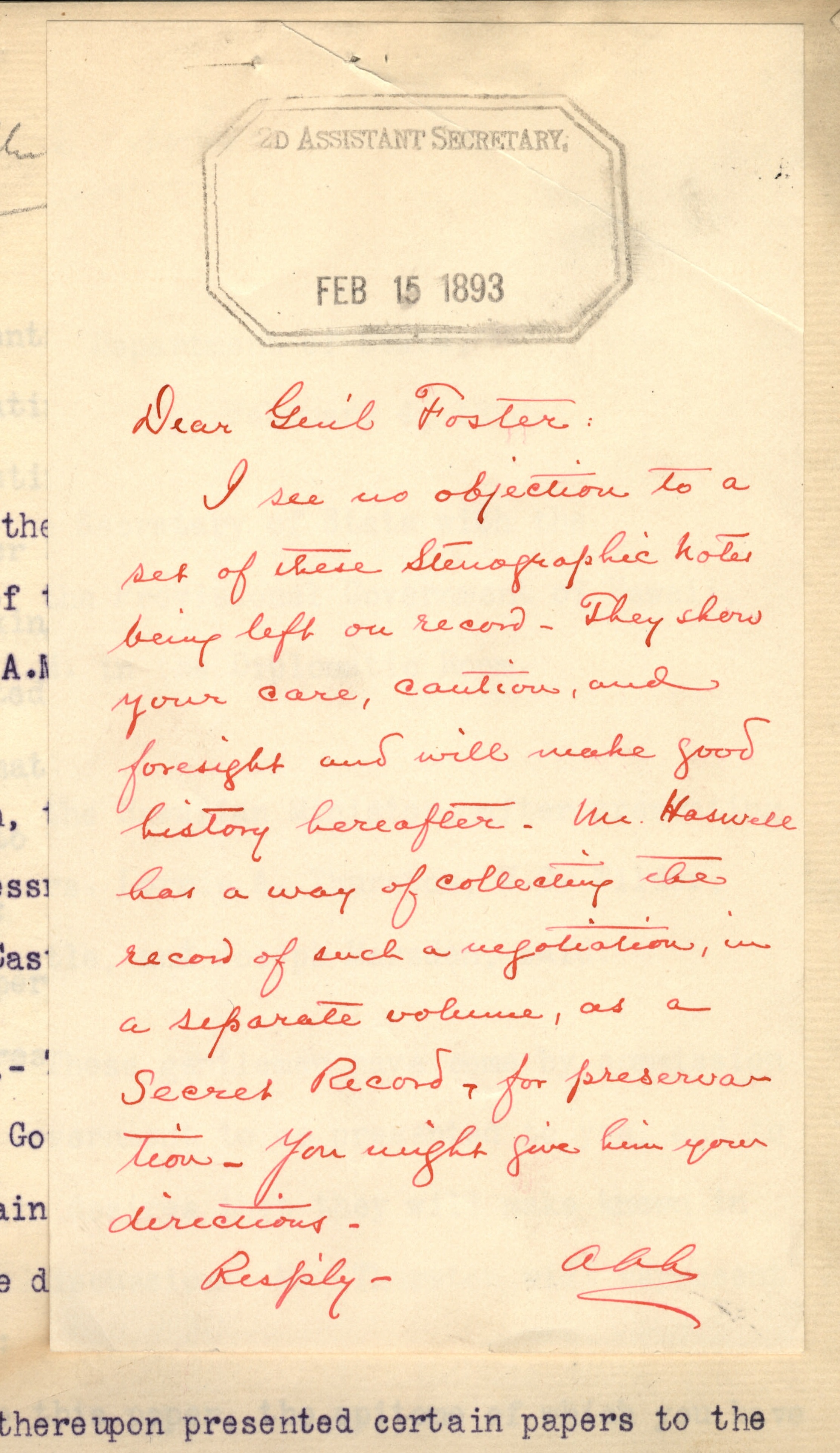 A treaty of annexation was completed and signed on February 14.  The outgoing administration of President Benjamin Harrison, however, was not able to secure ratification before Grover Cleveland was inaugurated as President on March 4.  The Cleveland administration opposed the treaty and it was withdrawn.  A second treaty of annexation was negotiated in 1897 during the first term of President William McKinley.  That treaty, too, failed of ratification and the annexation of Hawaii ultimately resulted from a joint resolution of Congress approved by President McKinley in mid-1898.  As of August 12, 1898, Hawaii became a territory of the United States.

The records of the 1893 discussions are now found in Record Group 59: General Records of the Department of State, Entry A1-661A: Records of Conferences Between the Hawaiian Commissioners and the Secretary of State, February 4-14, 1893 (NAID 2524249).