Today’s post is written by Alfie Paul, a processing archivist at Archives II. 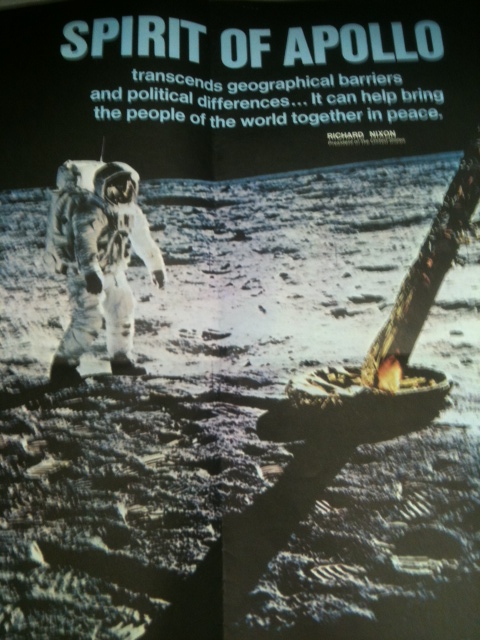 On July 20, 1969 the world watched as the first human beings landed on the moon.  That day 42 years ago was the culmination of a race to the moon that President John F. Kennedy began in 1961 saying he believed “that this nation should commit itself to achieving the goal, before this decade is out, of landing a man on the Moon and returning him safely to Earth.”

Astronauts Neil Armstrong, Michael Collins, and Edwin “Buzz” Aldrin were launched into space on July 16th, landing in the Sea of Tranquility four days later in their landing craft called Eagle.  The Eagle had landed and hours later saw the first humans step foot on the lunar surface.

As we say goodbye to the era of the Space Shuttle, we tend to forget a time when travel beyond our atmosphere was a wonder and great source of national pride.  My grandmother told me she wept as she watched, never believing she would behold such a thing.  But we also forget that the race to the moon was part of the larger Cold War between the United States and the Soviet Union.

The United States Information Agency (USIA) was our Cold War tool to combat the forces of Communism through communication with the rest of the world.  That communication took all forms—print, film, radio, and more.  The Moon Landing gave USIA an unprecedented opportunity to show the world the power, perseverance, and prestige of America and her people.  It was a public relations bonanza.

In the records of USIA (Record Group 306), are a few hints to how we used a remarkable event to our advantage and how we showed the world, that despite the troubles on terra firma at the time, we still could achieve lift off.  I found some records in the series Subject Files, 1966-1971 (NAID 1261446) of the Office of Policy and Plans, Program Coordination Staff.  They document the instrumental part USIA played, “focus[ing] on the Apollo-11 mission as it had for no other event … directly involved in this story reaching the world audience.”

USIA planned for the moon landing before, during, and after the launch.  In fact, they played a role in the actions and words of the astronauts during the flight.  The agency made clear in several memorandums that the this was an achievement of mankind, “that to blow a horn about it could hurt the U.S. abroad.”  And while not specifically expressed, it does bring a new understanding to Armstrong’s words as he first stepped foot on the moon.

Many of the documents relate to relations with foreign press and reaction to the mission around the world.  A memorandum was written expressing concern that a monthly publication in Mali had mis-stated the cost of the mission at $124,000,000,000 which was shocking to that population.  Another listed reaction to space related USIA exhibitions in Europe, Bangui, Tokyo, and New Dehli.  USIA sponsored Soviet cosmonauts to witness the launch.  After the mission it did press relations with the astronauts.  And it then took moon rocks on a tour around the world.

This is only a small bit of what I found in these files and what we might have in our holdings concerning Apollo 11.  The Text Message encourages readers to explore on their own.  And don’t forget to tag what you find interesting in our new OPA system.

Godspeed to the crew of Atlantis! 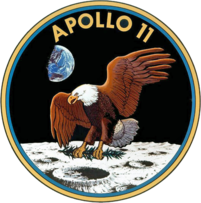