Sometimes records long thought to be lost find their way home. One such occurrence took place recently. The U.S. embassy in Germany received from the German government some files from the U.S. consulate in Dresden. The records had been found among the files of the Stasi.

The U.S. consulate in Dresden closed in July 1941. Exactly what happened to its records at that time is unclear and the files of the Department of State shine no light on the subject. On May 20, 2011, however, Roland Jahn, the Federal Commissioner for the Records of the State Security Service of the former German Democratic Republic, turned over to U.S. Ambassador to Germany Philip D. Murphy some records of the consulate in Dresden. This transfer was in accord with German Stasi-Record-Law that requires the return of such material to its owner. The records are now with the records of other diplomatic and consular posts in RG 84: Records of Foreign Service Posts of the Department of State.

Per standard Foreign Service practice of the time, the records are bound into a volume. They all date from 1940 and cover the following broad topics relating to internal affairs of Germany: public order, safety, health, charities; military affairs; social matters: economic matters; industrial matters; communications and transportation; navigation; and public press. Since the records come from a consulate, most of the records deal with economic, industrial, and communication and transportation issues. 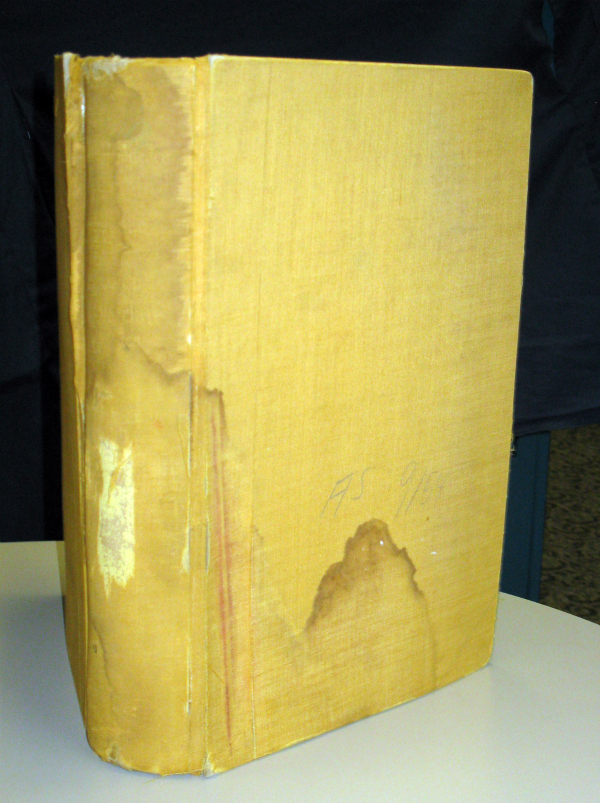 While not earth-shattering, the files help document U.S. relations with Germany in the period between the beginning of World War II in September 1939, and American entry into the war in December 1941. They also help portray Dresden before its destruction in a major British/American air raid in February 1945.

Most of the documentation is of a routine consular nature. There are, however, a few reports that are of more substance. Some examples: A June 1940 report on crop conditions in Saxony concludes that Germany, “with characteristic . . . thoroughness,” will maximize the use of land in the Reich and occupied territories to offset the effects of the British blockade; a January 1940 report on “The German Textile Industry and the War” describes the loss of raw textile imports due to the Allied blockade of Germany, notes the labor shortage due to wartime mobilization, describes the elimination of the export market (in 1937 Great Britain had been Germany’s leading textile market), and posits that industry leaders regard the USSR as a potential market due to the “special relationship” between Germany and the Soviet Union; and a September 1940 report on “Southeastern Europe a New Outlet for Saxon Hosiery Exports” explains that the local manufacturers believe that with the “new order in Europe,” the Balkan countries will be a source of increased demand.

For those interested in the destruction of Dresden during the war, I found Frederick Taylor’s Dresden: Tuesday, February 13, 1945 particularly informative about this incident and its place in history.