One of the more notable incidents in the combat experience of U.S. troops during World War I is that of the so-called “Lost Battalion.” During the fighting in the Meuse-Argonne in October 1918, over 500 men of the 308th Infantry Regiment advanced farther than the supporting troops on either flank and ended up surrounded by the Germans. At the time of their relief after six days, 107 men were dead and 63 were missing. The leadership of their commander, Lt. Col. Charles Whittlesey, was credited with preventing an even worse outcome. The colonel received great public acclamation and the Medal of Honor.

The experience weighed heavily on Whittlesey, especially unfounded criticism that he had erred in his leadership of his men.  Today we would likely say that the colonel suffered from post-traumatic stress disorder (PTSD).  In an all-to-often consequence of that condition, he took his own life.  Two years after the end of the war, in November 1921, he booked passage from New York to Havana on the British ship S.S. Toloa.  On the night of November 26, he disappeared from the vessel, apparently jumping overboard as part of a premeditated plan.

The news of his disappearance reached the U.S. consulate general in Havana and Consul General Carlton Hurst had a vice consul, Charles Hosmer, interview the captain of the Toloa to learn what he could about the circumstances of Whittlesey’s death.  Hurst then prepared the following despatch and “Report of the Death of an American Citizen.”[i] 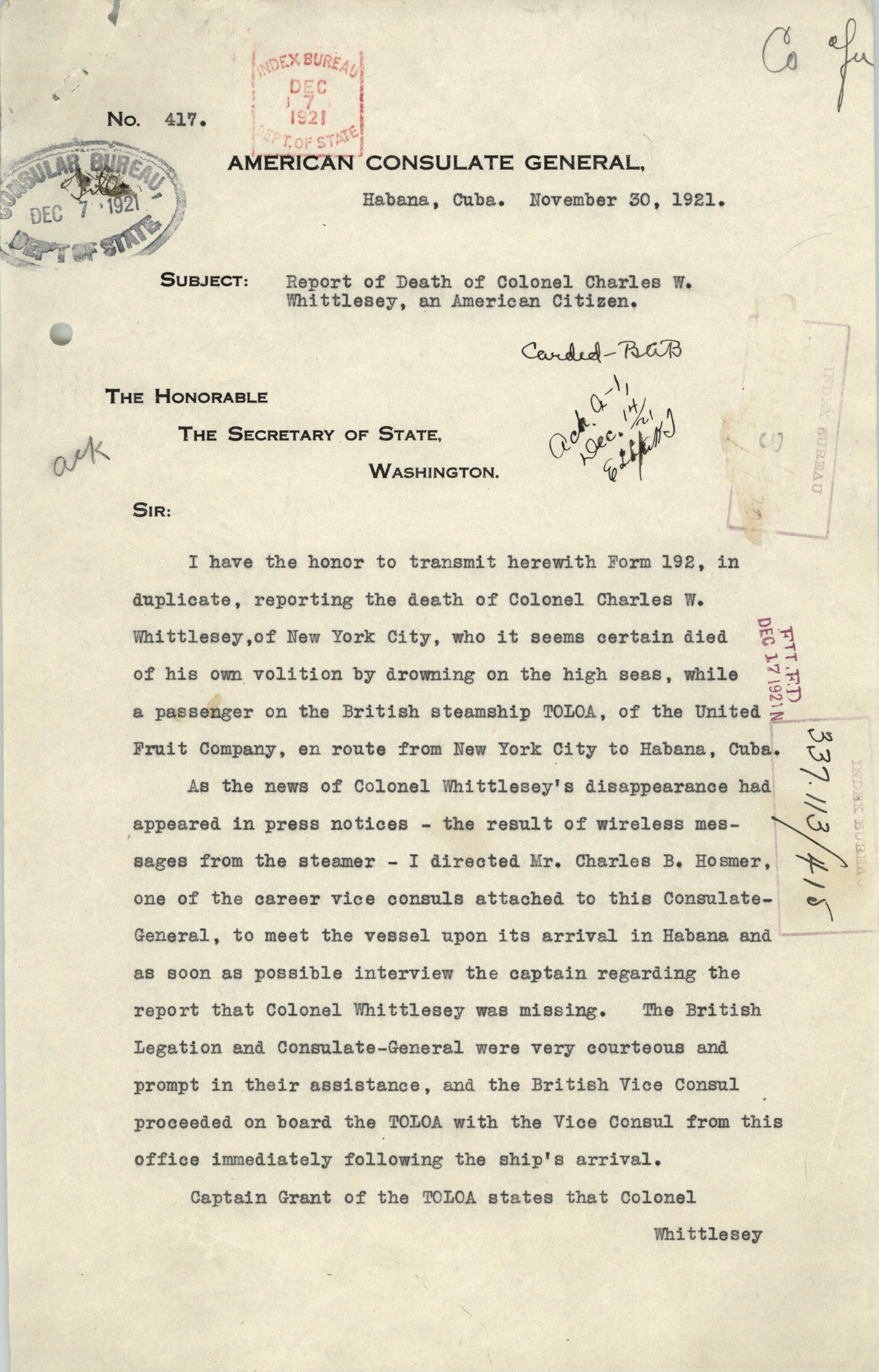 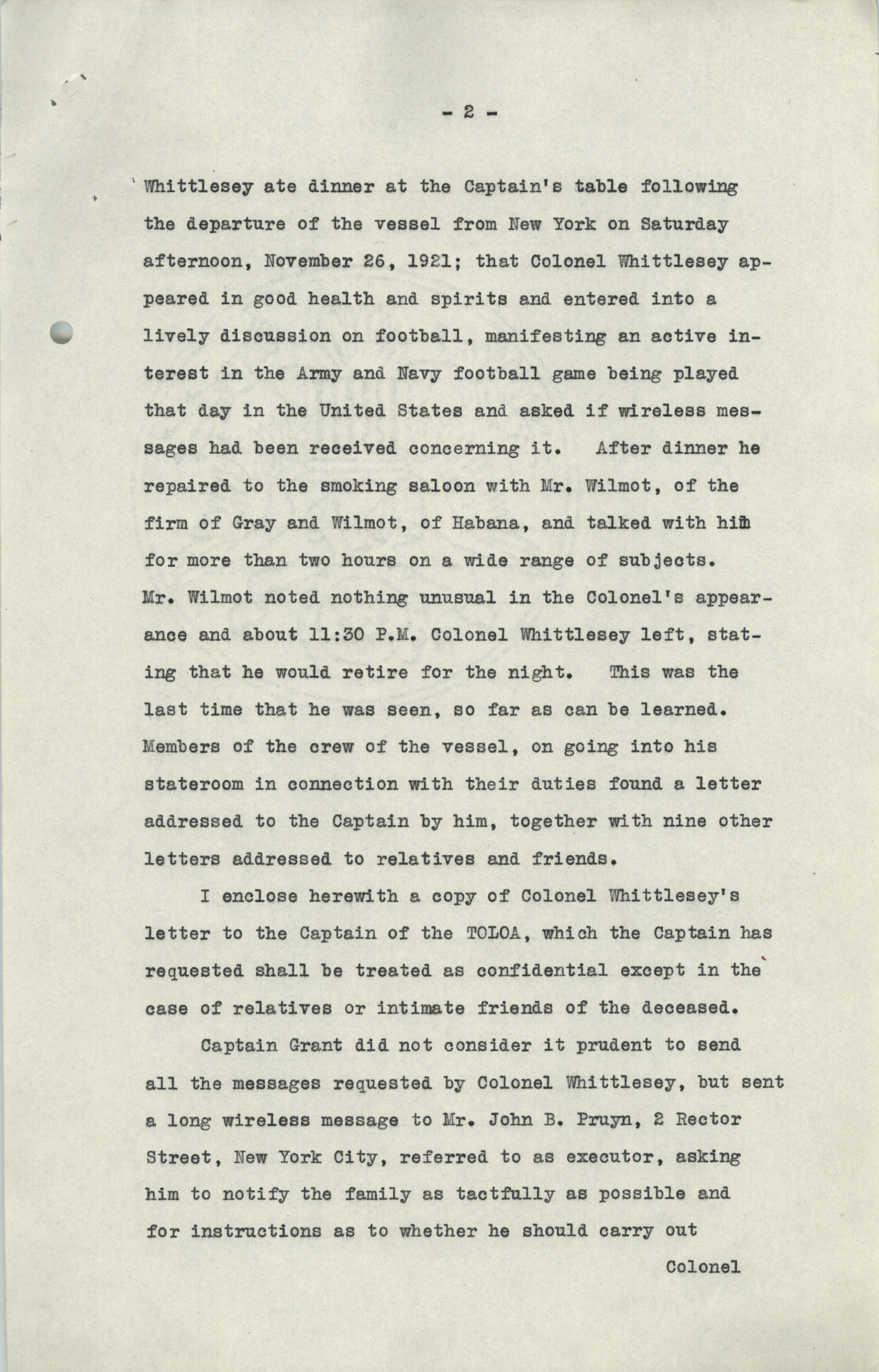 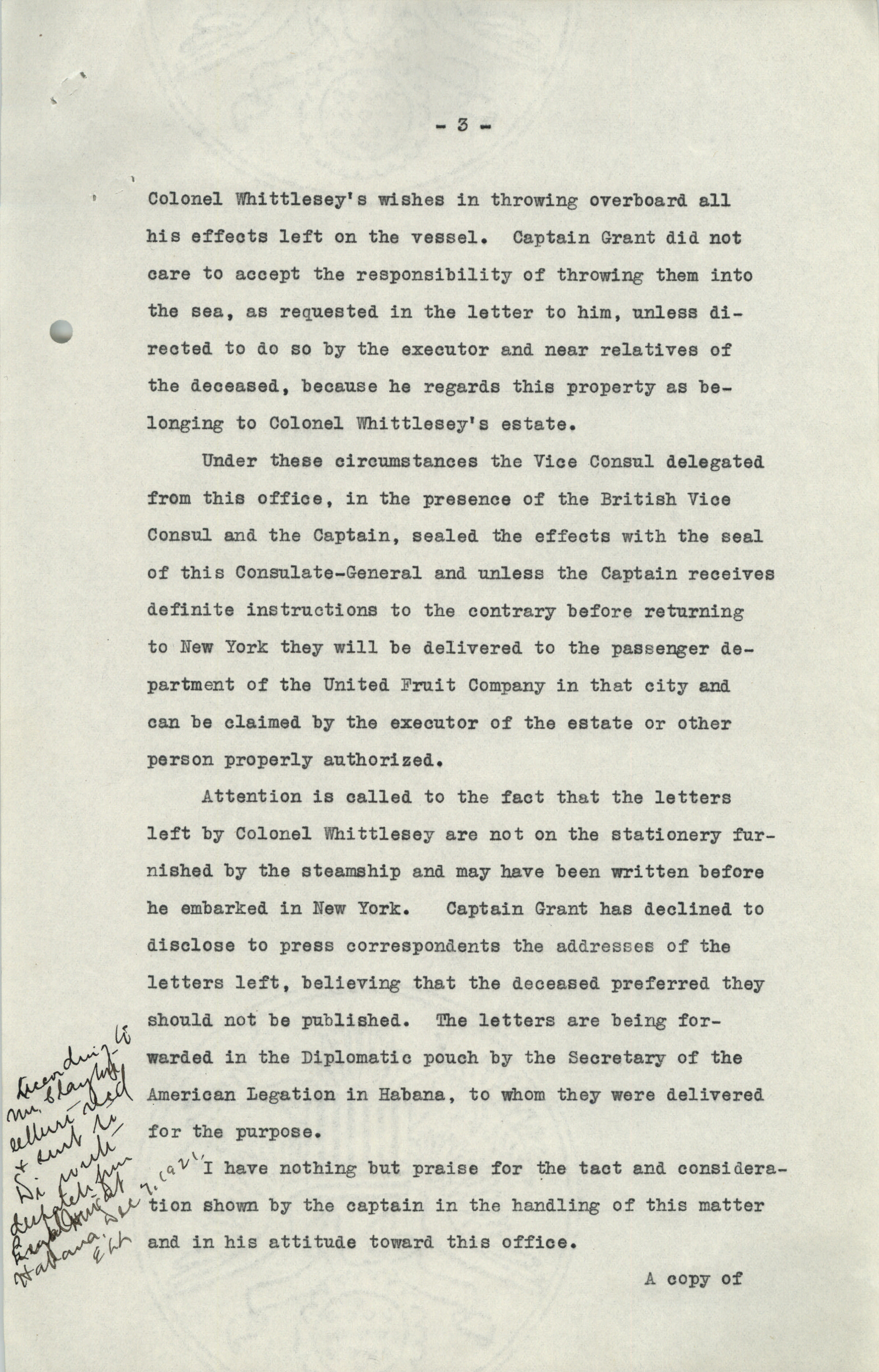 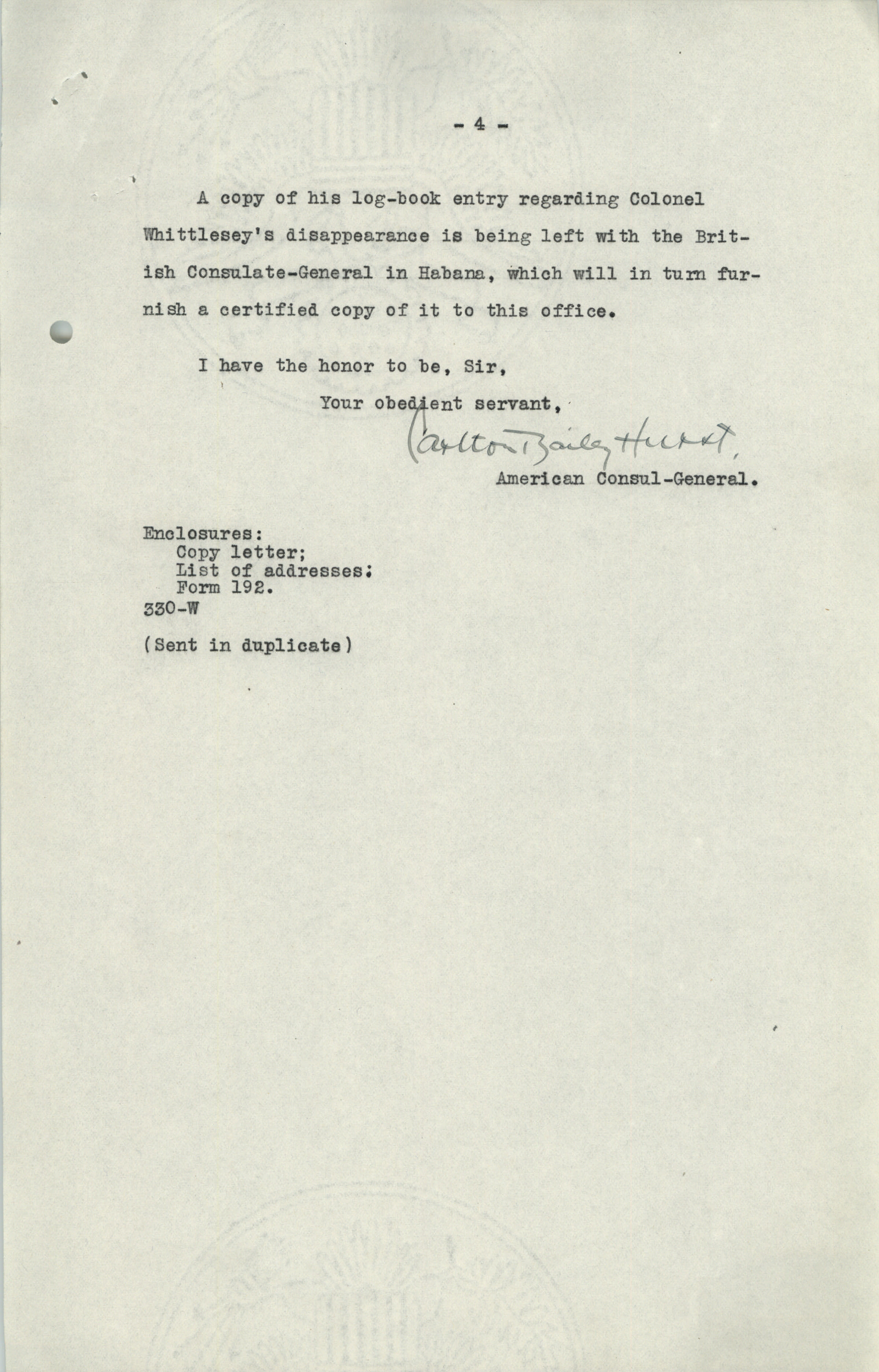 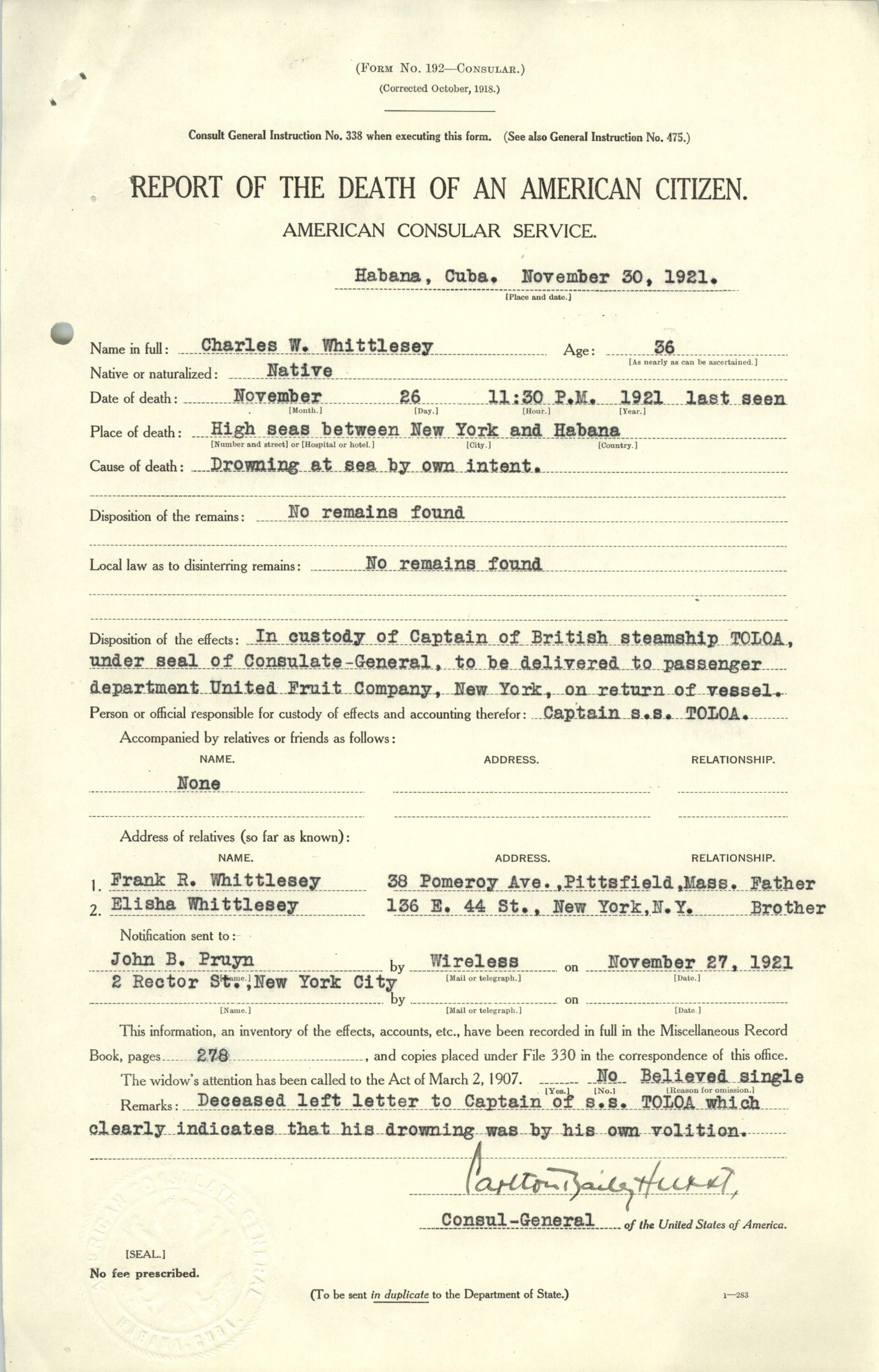 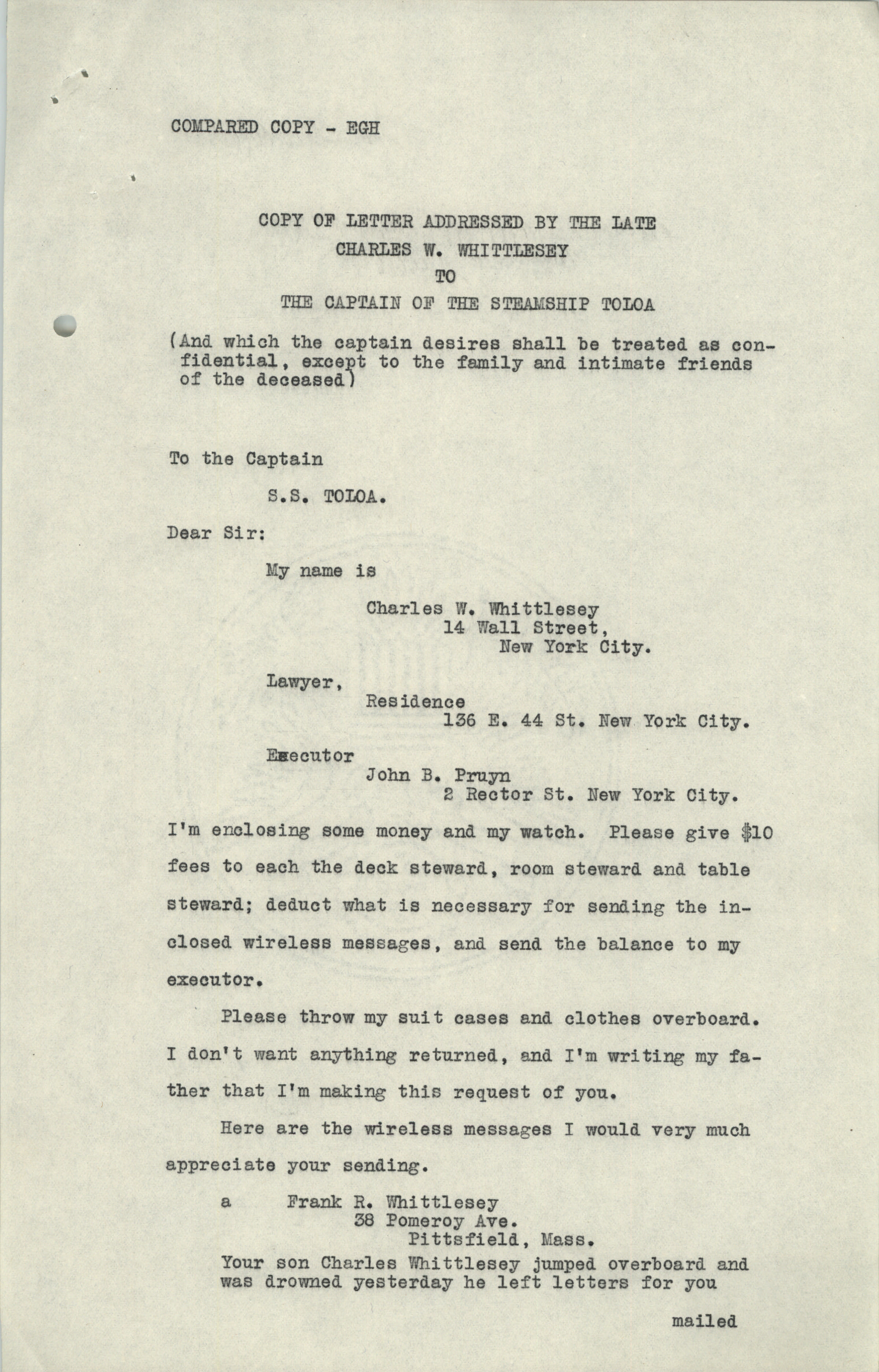 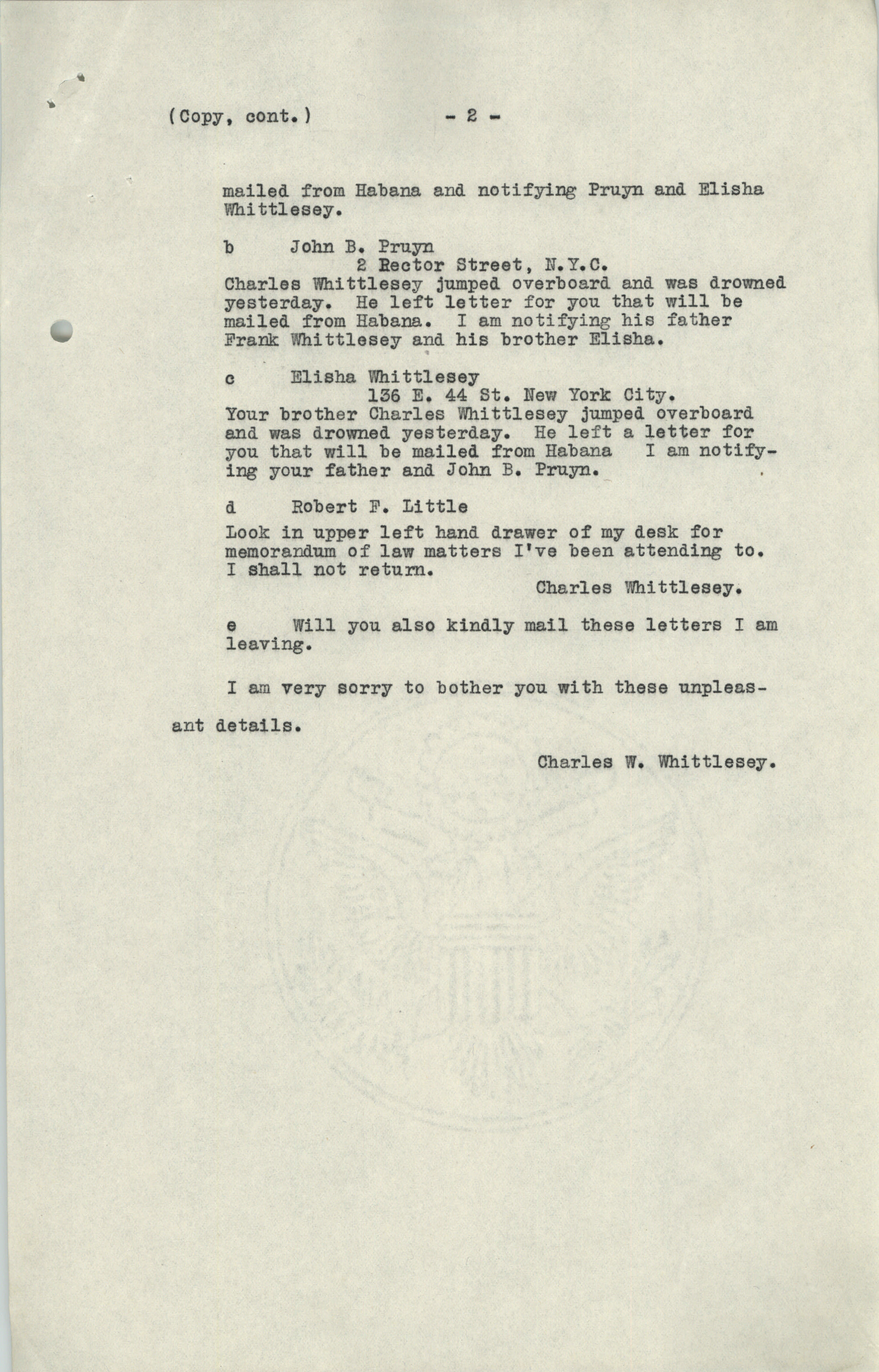 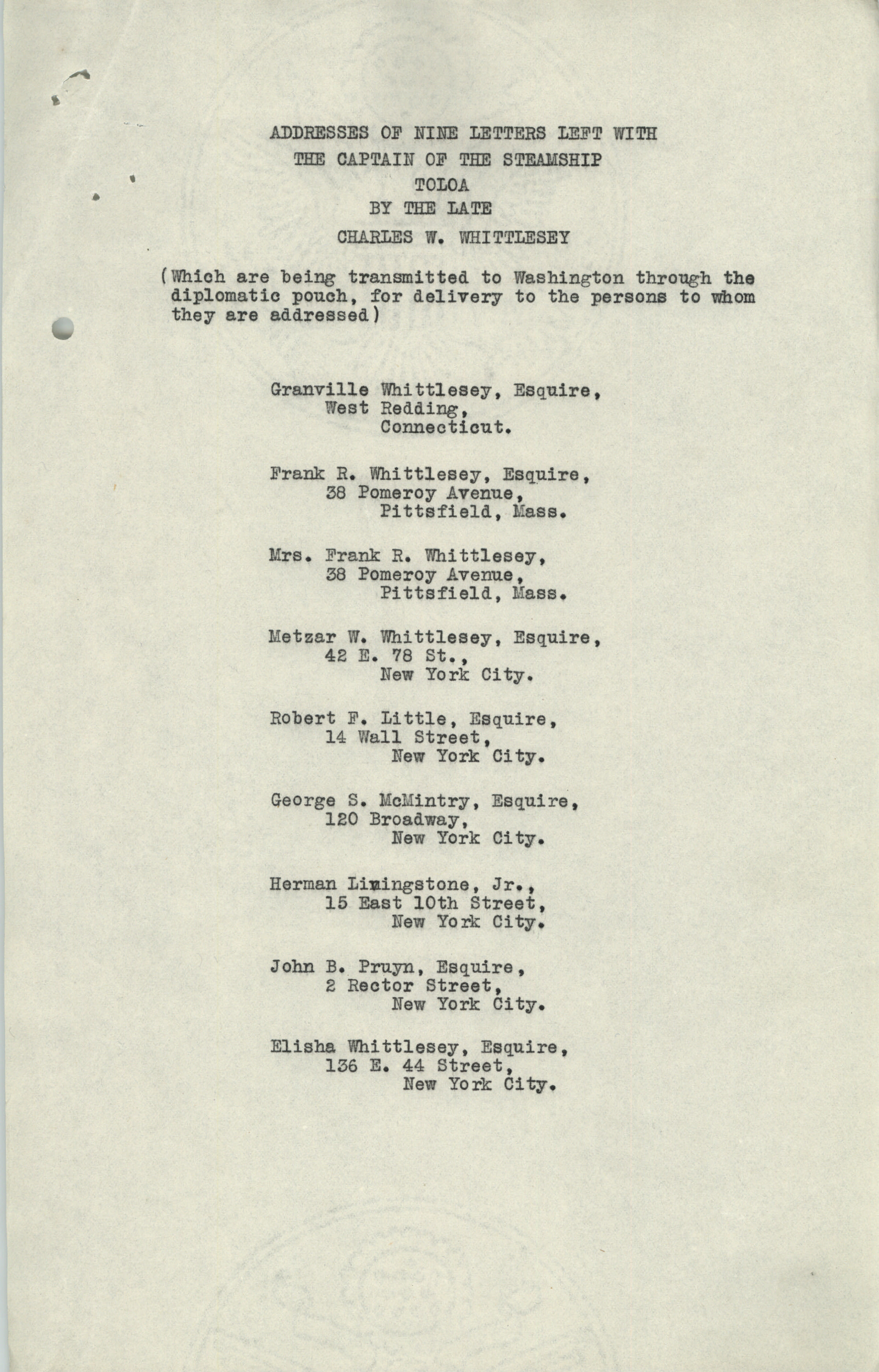 2 thoughts on “Aftermath of War: A World War I Hero Lost at Sea: The Death of Charles Whittlesey, 1921”