Today’s post is written by Cody White, archivist at the National Archives at Denver.

Voice over; “Coming March 15th, a better fuel for kids.”

And fade Kellogg’s logo up…

While one probably does not immediately associate federal records with show business, such an intersection occurs when producers want to make use of one of the most indelible architectural icons of the United States as a supporting cast member. Found within the National Archives at Denver Record Group 115 Records of the Bureau of Reclamation (BOR) holdings is the Corporate Management Files (NAID 1513542) series that details just that, the agreements and contracts to allow filming and photography at the world famous Hoover Dam located 38 miles southeast of Las Vegas, Nevada.

These case files are all generally similar in the records present, those documents required by the BOR prior to any approval. These records included certificates of insurance, a script or description of what will be filmed, what type of production it is – documentary, commercial, photography sessions, the dates, names of cast and crew, and financials; the BOR requested $1,000 a day, a fee often waived for non-profit groups and networks, as well as the actual costs for staff required to escort the production crew and clean up. The requests come from around the world, everything from a BBC documentary to a Japanese television Pocari Sweat commercial. Travel shows and commercials seem to be the majority of the requests but there are anomalies, such as a Comedy Central request for a Mark Curry road trip special and an incomplete file from NFL Films. Here are a few of the more notable case files.

In January of 1999 Mars Media contacted Reclamation staff about shooting several possible commercials for Kellogg’s, featuring two young actors portraying brothers exploring the dam and “discovering the energy this place creates,” one such spot as described above. The filming proposal was elaborate, involving shots from a boat, a crane, and even a “remote controlled military speced drone helicopter with a 35mm motion picture camera system” for a shot up along the face of the Dam.

Today the concept of internet search engines is pretty well, pardon the dam pun, cemented into the national consciousness but this was not always the case. In 1998 Snap.com contacted the BOR with a proposal for a series of commercials highlighting their search engine. The premise? The massive power plant at the Hoover Dam would be the actual “search engine” where workers would connect physical wires to help computer users find, for example, “Pre-Columbian Art” and “Basketball.” Production was spread over three days culminating in a $15,323.36 bill that included extra fees for the parking of their 10 trucks. Also included in the case file is a follow up email, noting that the crew left the 5th floor bathroom a mess and littered the 3rd floor Nevada wing with cigarette butts.

Has anyone seen the 1999 thriller Jack of Hearts starring Nick Mancuso? If so, you would have noticed several pivotal scenes from what this BOR staffer described as a “low budget movie” that take place at Hoover Dam. While the BOR only requested the portions of the script involving the dam, producers submitted the entire thing which can now be found in the case file. A common thread in these records is often negotiations over producer’s requests. Typically the give and take is over the mundane safety rules, the producers do not want the talent wearing hard hats and the BOR holds fast to the rule. In this case there was an issue over stunts, with one document even noted at the top with “NO STUNTS” in all caps, and said stunt appears to be the portrayal of a person thrown off the top of the dam. Again it looks as though the BOR remained steadfast as the notes show “throw dummy off dam – simulate tossing over dam.”

The Hoover Dam often received its closeup in advertising campaigns for fashion, banking, and credit cards. A few more highlights of the records in the BOR series are mentioned below. 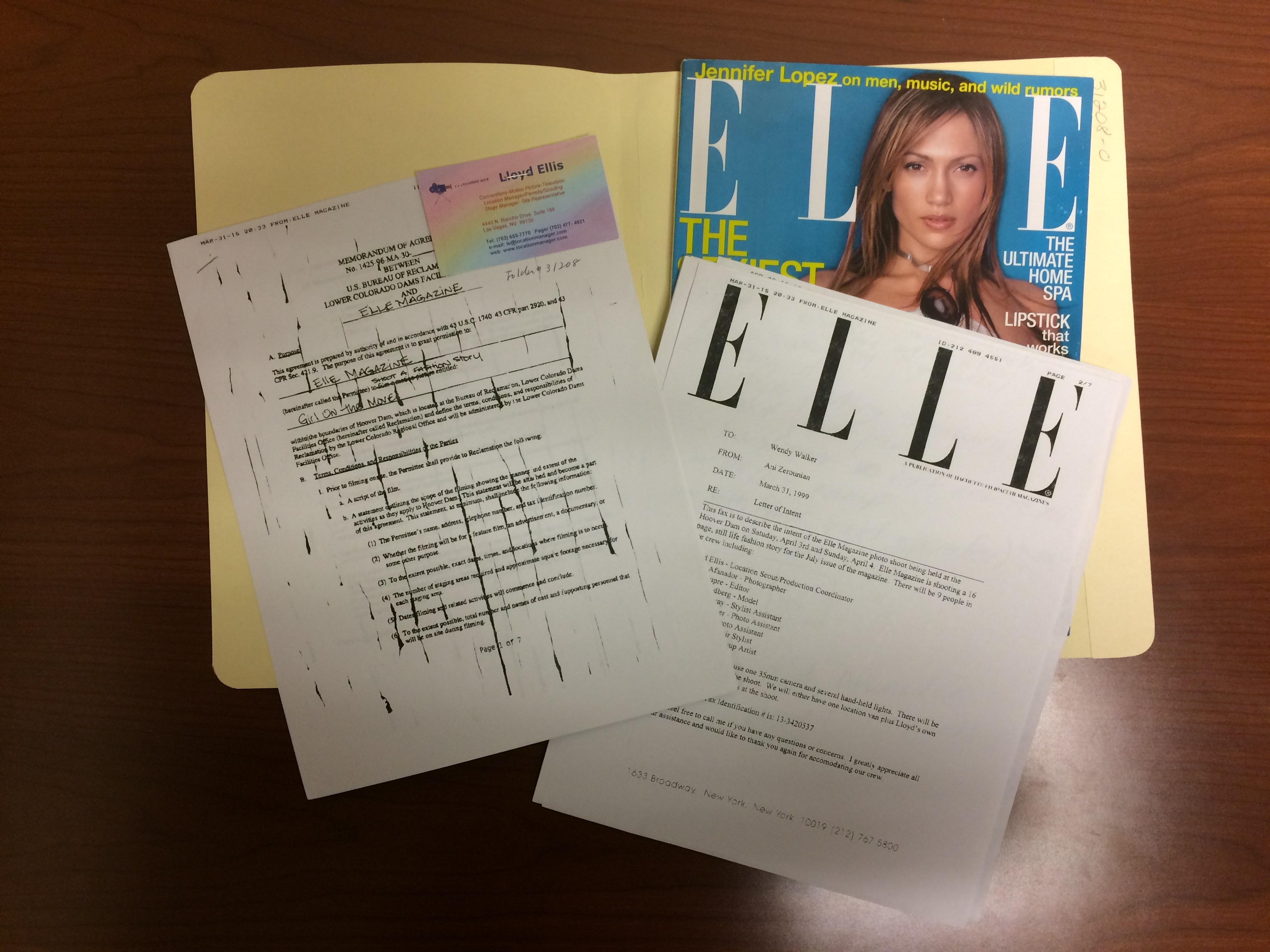 While typically the case files involved filming, there is the occasional request for photograph sessions. Entitled “Girls on the Move,” the Elle magazine photo shoot for the July 1999 issues would evolve into the “Cutting It Close” fashion spread. Here we see the actual magazine issue saved in the file as well as a hand written list of possible settings for shots. 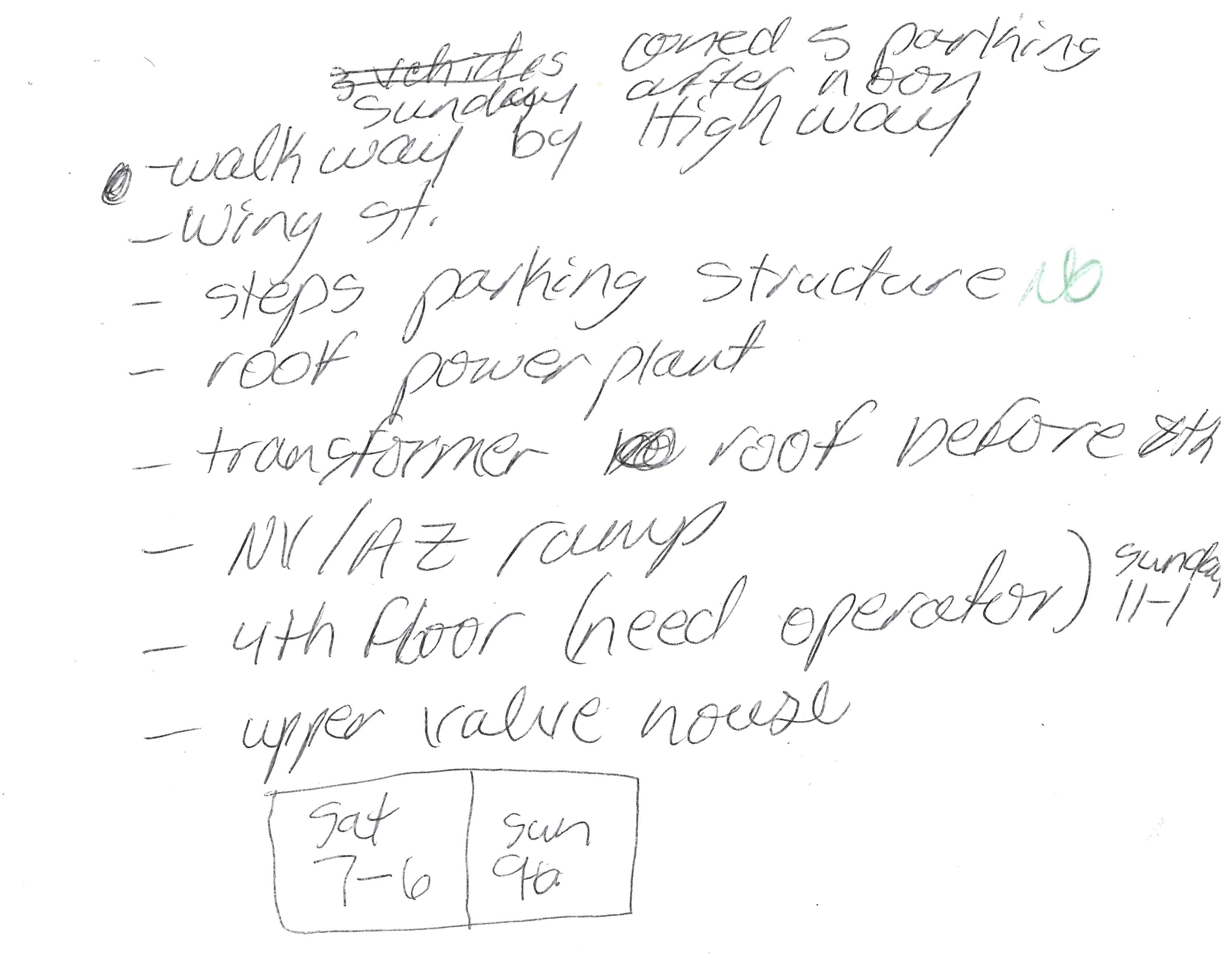 The Barclays Bank submitted a hand drawn position map and storyboard for a proposed commercial.

Finally, a script for a proposed American Express commercial starring Jerry Seinfeld, where the Hoover Dam would be shot as one of the sights he encountered driving across the country. 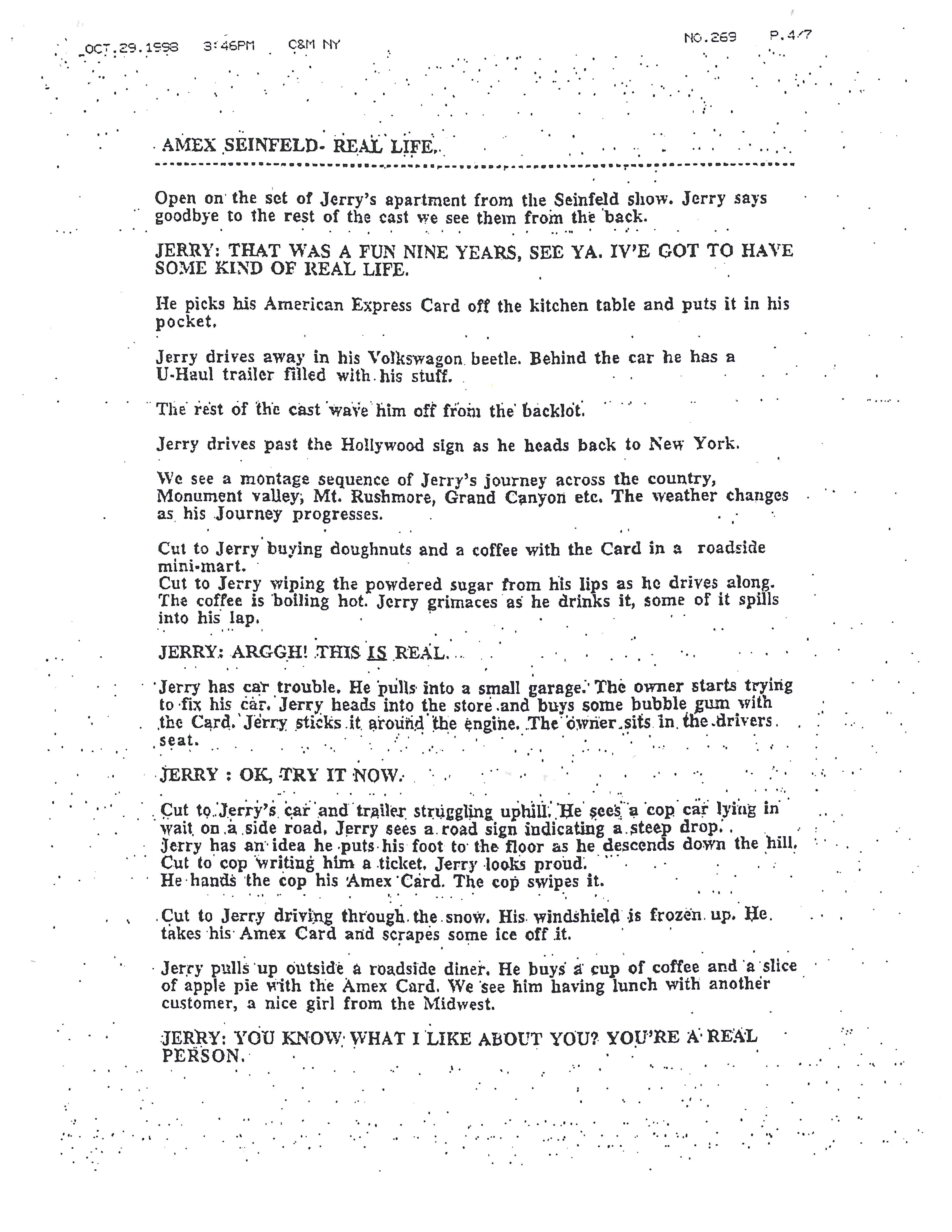