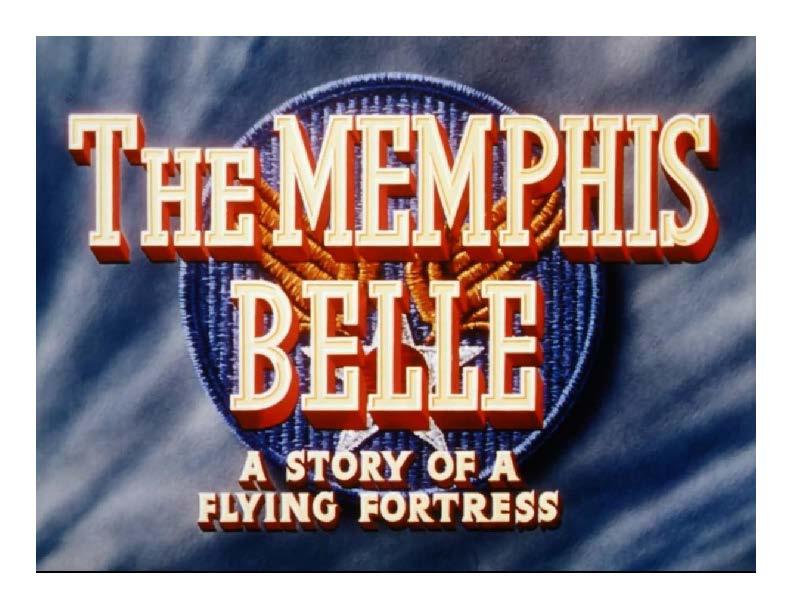 During World War II, the U.S. government produced propaganda films to rally public support.  Among the most famous of those motion pictures is Memphis Belle: A Story of a Flying Fortress released in 1944.  The movie depicts the 25th bombing mission of the aircraft called “Memphis Belle,” piloted by Capt. Robert Morgan, in May 1943.  Having completed 25 missions, the crew returned to the United States to sell war bonds.[1]

The full-color film was produced by Lt. Col. William Wyler working in the First Motion Picture Unit of the Army Air Forces.  It was filmed by U.S. 8th Air Force photographers and combat crew members.   The final production was distributed by Paramount Pictures.  Wyler was a noted Hollywood producer, having won the Academy Award for direction of Mrs. Miniver in 1942.

Before release, the Motion Picture Division of the Los Angeles office of the Office of War Information (OWI) reviewed the picture to determine its suitability for overseas distribution.  The reviewers prepared the following report (from RG 208 Motion Picture Reviews and Analysis, 1943-1945 (NAID 820119), noting that “The Memphis Belle could make an extremely valuable contribution to the Government’s overseas information program.”

Upon release of the movie, the Bureau of Motion Pictures in the Office of War Information issued the following one-page “Film Information Sheet” which included a synopsis and recommendation for uses.  It liberally quoted the very positive New York Times review by the noted senior film critic Bosley Crowther but the government writers also called the film “brilliant” and noted “This is a ‘must’ film.”

In recognition of the importance of the movie, in 2001, the Library of Congress added Memphis Belle: A Story of a Flying Fortress to the National Film Registry.  Under the provisions of the National Film Preservation Act, the Librarian of Congress annually adds 25 “culturally, historically, or aesthetically” significant motion pictures to the list.

For a discussion about the recent restoration of Memphis Belle: A Story of a Flying Fortress and links to the hours of outtakes taken by Wyler and his team, see this post on our sister-blog The Unwritten Record.

[1] For a superb study of the use by the Allies of commercial motion pictures as a motivating force during World War II, see: M. Todd Bennett, One World, Big Screen: Hollywood, The Allies, and World War II (Chapel Hill: University of North Carolina Press, 2012).

One thought on “Memphis Belle: A Story of a Flying Fortress”