The fall of 1968 leading up to the Presidential election on November 5, saw active peace negotiations between the United States and North Vietnam.[1]

One (among many) aspect of the situation that threatened to throw a monkey-wrench into the process was the ongoing leak of information about the negotiations. (See these earlier posts on the issue of leaks: Leaks in the Department of State, 1963, and Leaks in the Department of State, 1963: Antecedents.) The leaks particularly annoyed President Lyndon Johnson.

On October 17, Walt Rostow, the President’s national security adviser, sent Secretary of State Dean Rusk drafts of two telegrams President Johnson had “personally designed, edited, and cleared” for dispatch to selected American embassies.[2]  That evening, the Department of State sent the following two telegrams, the first to the embassy in South Vietnam and the second to the embassies in South Korea, Thailand, New Zealand, Australia, and the Philippines.[3] 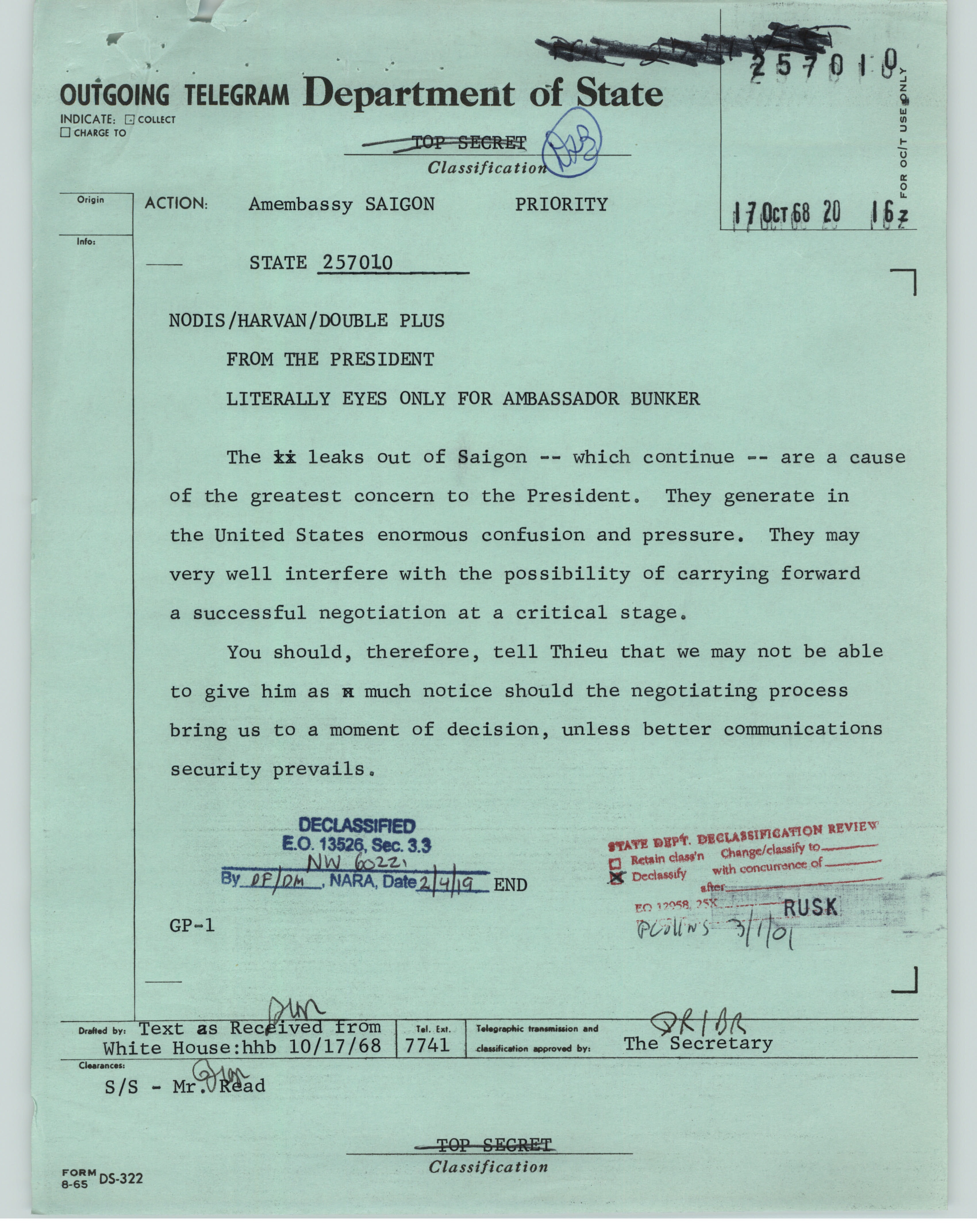 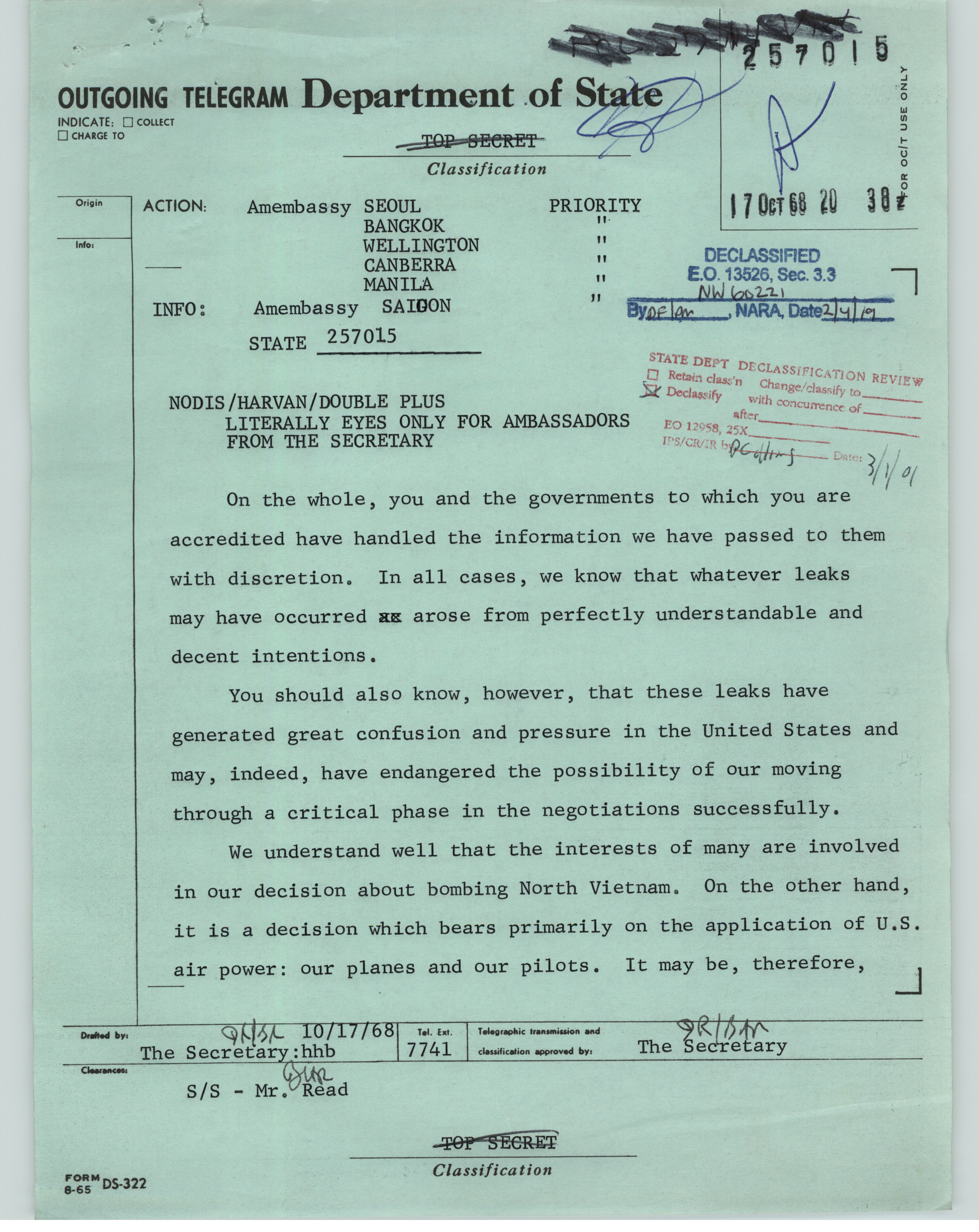 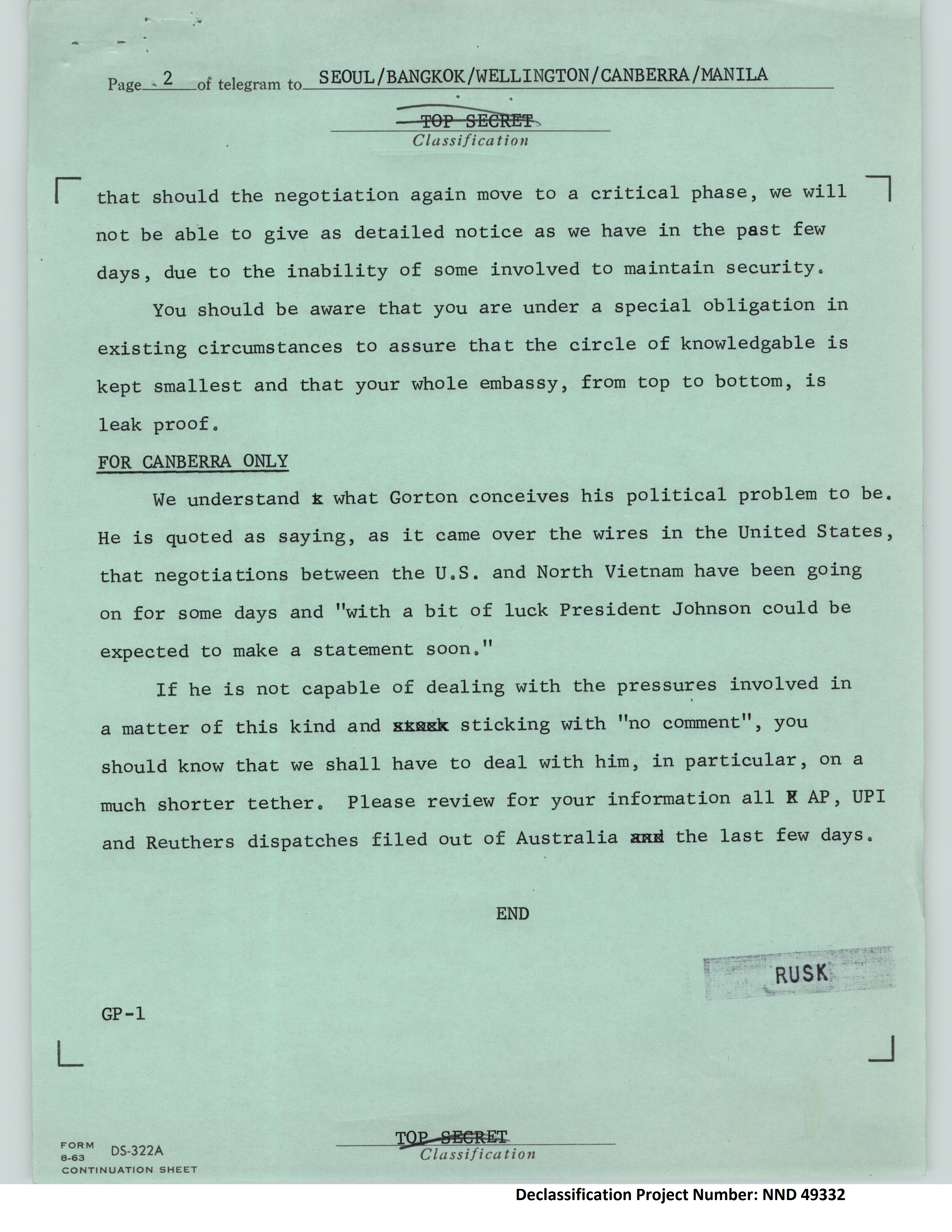 The exhibit Remembering Vietnam has been extended through February, and is available to be viewed at the National Archives Museum until February 28, 2019.