By Cody White, Archivist at the National Archives at Denver

This post is dedicated to the memory of historian Robert “Bob” Autobee, 1961-2018, whose many writing credits include a co-write of the book “Lost Restaurants of Denver,” and from whose various discussions of restaurant and food history with me while working in our research room led me to embracing my offbeat fascination with the following records.

Records held by the National Archives are generally those created by federal agencies in the course of their business but at times may include records submitted to the federal government, generally as evidence or proof of something. This is why within Denver’s Record Group 188, Records of the Office of Price Administration, there are several dozen WWII era restaurant and coffee shop menus, which as seen above can detail the 1940’s going rate for the staple of mountain west restaurants even today, trout.

In early 1941 the Office of Price Administration (OPA) was created but it wasn’t until shortly after the December entry into WWII when it became an independent agency with the authority to place ceilings on the prices of services and goods, save agricultural commodities. The records are comprised of case files and administrative documents along with general correspondence, which often serves to dash the image of a united home front as the collection is rife with letters from businessmen grousing over restrictions and businesses accusing other businesses of black market participation. The record group is a goldmine for statistical data regarding the cost and production of a plethora of goods, everything from tires to towels, from children’s toys to caskets, and for services, such as construction, plumbing, and even blacksmithing. Included with these reports, letters, and data sheets are catalogs, brochures, and when it comes to restaurants – menus.

The Blue Spruce Restaurant of Colorado Springs Colorado had a problem – in particular, a hamburger steak problem. When updating their prices in 1943 for approval by the OPA, they missed changing the hamburger steak from 60 cents to 75 cents yet subsequently starting charging the higher rate. When it was noticed, the owner frantically cobbled together documents attesting to the fact he meant to adjust the price upward and submitted several affidavits from wait staff that they had been charging 75 cents, in the hopes of being allowed to still charge the higher price while the rate hike was formalized. It was to no avail; the hamburger steak had to be pulled off the menu in the meanwhile which was exactly what the owner feared, possibly losing business “because of the popularity of said entrée among the Service men of Colorado Springs…”

Butte, Montana’s Copper Bowl, in the Finlen Hotel, and Raymond’s Cube Steak House, located in the Butte, Montana Greyhound Bus Depot, both had the same request: due to higher wages, they wanted to raise prices. In the fall of 1943 the Women’s Restaurant Employee Union in Montana won a wage increase from the National War Labor Board and so both dining establishments wrote the OPA that in light of these added labor costs, they had to raise food prices or close up shop. In both cases the OPA, using the 1940-1943 financial statistics of the restaurants, denied the increase request.

Upon reading the file one wonders if the Dragon Lair of Nampa, Idaho needed to submit the detailed ingredient cost charts to the OPA that they did when asking for a price increase authorization. The correspondence included indicates that OPA officials seemed to struggle to find comparable businesses to check the prices against and so simply approved them. 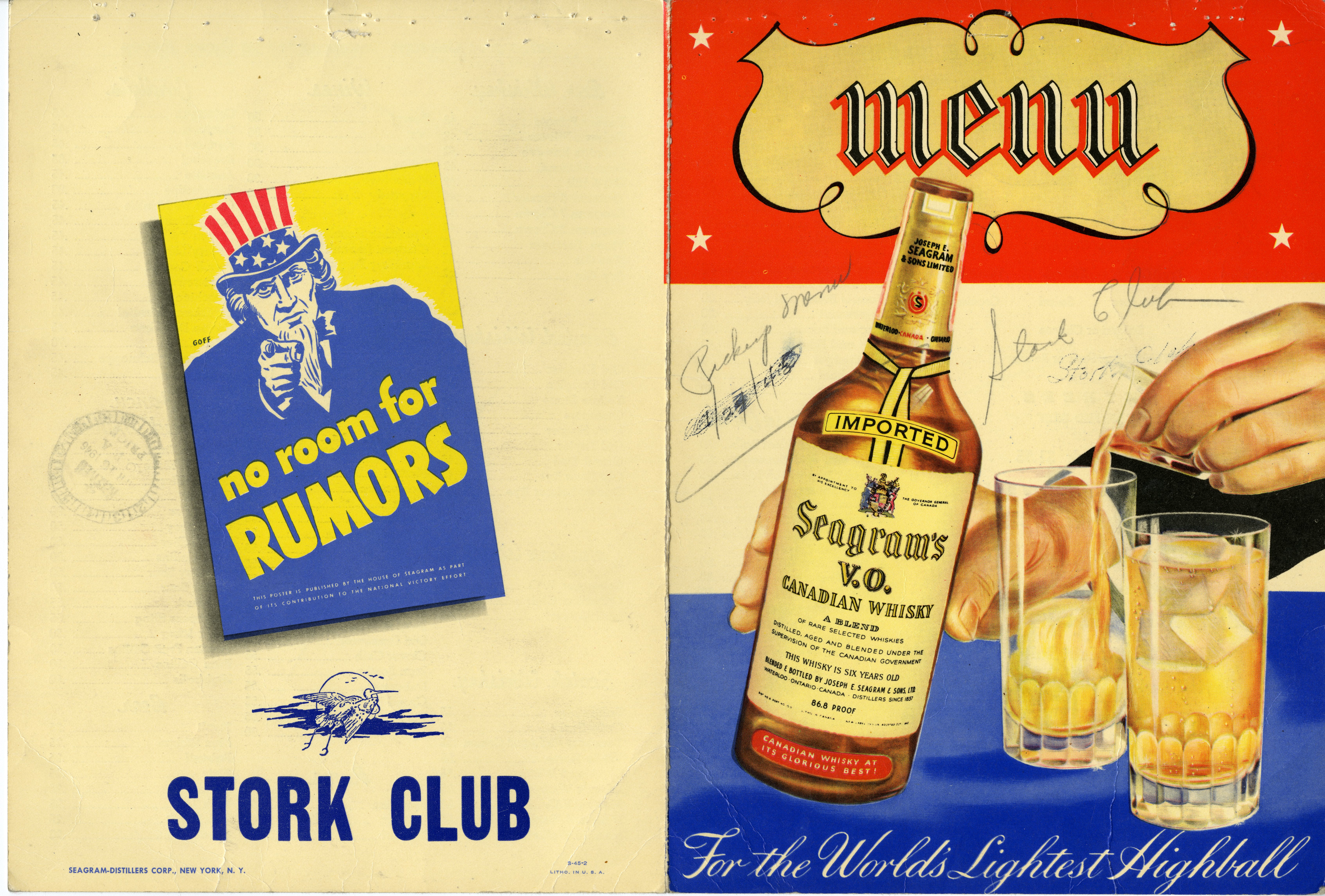 Helen Guyer had a plan. She was going to open an Italian food restaurant called the Ranch Club in New Plymouth, Idaho, complete with entertainment, and in her proposal to the OPA she even offered up a comparable restaurant with a similar already approved menu, the Colombo’s Italian Dinner House in Reno, Nevada.

The OPA’s Boise Regional office disagreed, saying that since Colombo’s did not provide entertainment it was not comparable, and so reached out to the Denver office for suggestions. Two Denver Italian restaurants known to the OPS staff, Navaree Italian Restaurant and Boggio’s, too did not offer any form of entertainment so the Denver office sent the Boise office menus from the Stork Club and, for want of a better term, the Denver “gentlemen’s club” that was Chez Paree, complete with two dancing naked women on the cover, to use as comparable establishments. At this juncture in the correspondence the Boise office fires back inquiring what exactly sort of “entertainment” these two places provide, as Helen had then written all she intended was an orchestra pit for musicians to serenade the diners.

Additional examples of menus from RG 188:

4 thoughts on ““We Suggest a Bacardi Cocktail Before Lunch,” WWII Era Menus from the Mountain West”