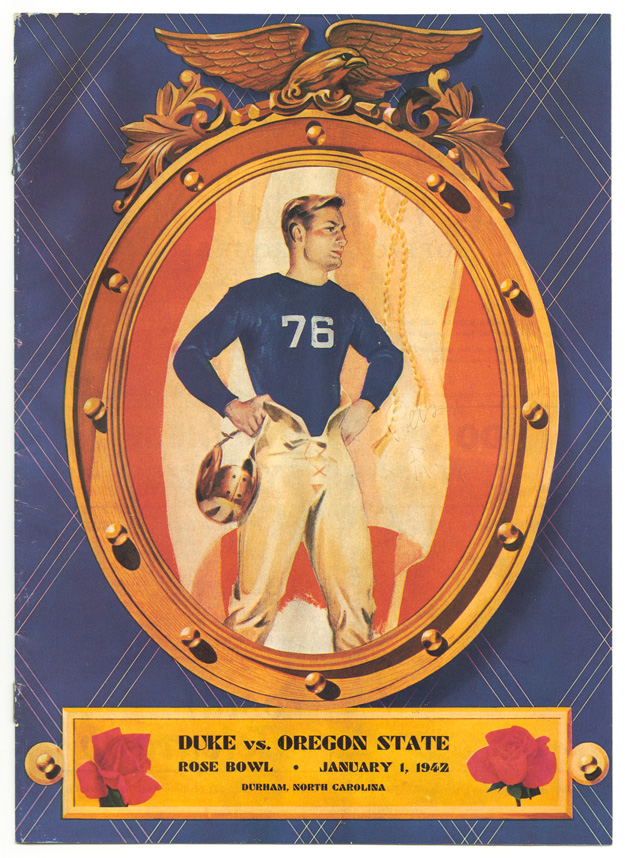 Today's post was written by Dr. Greg Bradsher, Archivist at the National Archives at College Park. The Oregon State College (now Oregon State University) Beavers football team, under Coach Lon Stiner, started the 1941 season winning two games and losing two games.  One of those victories was a 10-0 shutout of Stanford University and one … END_OF_DOCUMENT_TOKEN_TO_BE_REPLACED

By T. Juliette Arai With the annual Army-Navy game less than two weeks away, I thought I would share an interesting letter I found among the records of the Adjutant General’s Office (Record Group 94). 2nd Lieutenant Robert C. Foy, 8th U.S. Infantry, sent a letter to Major John A. Johnson, Assistant Adjutant General, on … END_OF_DOCUMENT_TOKEN_TO_BE_REPLACED

By T. Juliette Arai  As we are in the midst of the college and professional football seasons, I thought it might be interesting to have a blog about this sport during its early years, one which shows a few of the football-related records we have here at Archives I. At the turn of the last … END_OF_DOCUMENT_TOKEN_TO_BE_REPLACED